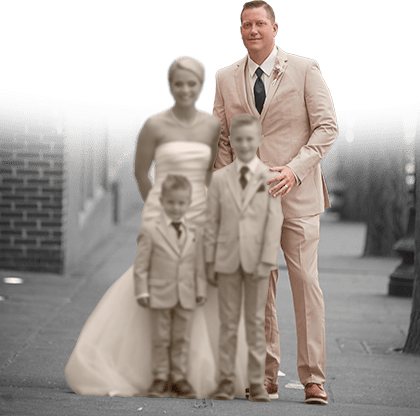 Ryan Freeze, Attorney at Law
Ryan is a native of North Dakota and moved to the Middle Tennessee area in 1994. He graduated from Smyrna High School in 1997 as an active participant in academic and athletic activities. Ryan attended Middle Tennessee State University where he graduated in 2001 with a Bachelor’s in Business Administration. After graduating from Middle Tennessee State University, Ryan decided to pursue a legal career in 2005 when he began working for the law firm of Bragg, Mansfield & Stegall located on the Public Square in downtown Murfreesboro. While clerking for Rick G. Mansfield and David M. Bragg, Ryan assisted in all areas of the law including family, real property, and estate planning and probate. Ryan worked as a law clerk for Bragg, Mansfield & Stegall while attending night school at the Nashville School of Law. After successfully passing the bar examination in 2009, Ryan started his own law practice on the Public Square in downtown Murfreesboro as a solo practitioner. Currently, Ryan is an associate attorney of Drake, Drake, Clarke, and Freeze located on the Public Square in downtown Murfreesboro primarily focusing on family law cases, child custody disputes, criminal law cases, small claims court cases, and probate estate matters.

Ryan enjoys spending his free time with his wife and two young boys. When not spending time with his family, you will often find Ryan on the golf course.

Ryan is an active member of the Rutherford and Cannon County Bar Association and the Tennessee Bar Association. His primary areas of practice are divorce, child custody, probate and estate planning, small claims court cases, and criminal felony and misdemeanor cases.