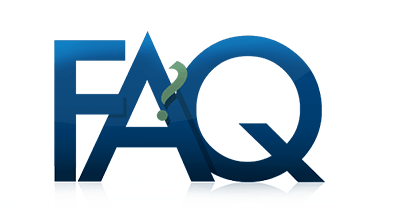 Should I call a lawyer or a family member after an arrest?

It is best to consult an attorney immediately after an arrest. You can either contact a family member who can then contact a criminal defense lawyer on your behalf or you can directly speak to a criminal defense attorney. Whatever your personal preference may be, it will be critical to the success of your case to hire a lawyer who can begin investigating the claims against you immediately. Many times, a criminal defense attorney can work hard to resolve the legal matter before the prosecutor chooses to press criminal charges. Ryan Freeze, Attorney at Law is available when needed, not just during business hours.

If I was arrested, will my case go to trial?

No, not necessarily. A proper answer to this question will depend on the type of offense you were arrested for, how serious the offense was, and your choice in legal representation. A skilled criminal defense lawyer could work to prevent charges from being filed or potentially find evidence to have charges reduced or dismissed. In some circumstances, your attorney could help you avoid a trial by proving to a judge through a pre-trial motion that your charges were filed on illegal grounds, resulting in the dismissal of the case.

What are Miranda warnings (Miranda rights)?

Your Miranda warnings (also known as Miranda rights) are the explanation of your constitutional right to remain silent and to retain legal counsel after an arrest and before any custodial interrogation. Both of these rights stem from your Fifth Amendment right to protect yourself from self-incrimination. Once you assert your Miranda rights, officers must stop any interrogation immediately and obtain a warrant or waiver before resuming.

Law enforcement officers are required to advise you of your Miranda rights during an arrest or when you are placed in custody with the purpose of interrogation. If you have responded to an officer's questions or have been interrogated when under arrest without being read the Miranda warnings, a criminal defense lawyer can file a motion to suppress those statements in court. This means that any evidence gathered against you after an officer's failure to inform you of your Miranda rights could also be dismissed in court.

Do I really need an attorney to represent me?

Absolutely. The sooner that you retain a lawyer, the better chances you will have of reaching a positive resolution after an alleged federal crime, driving under the influence, or another misdemeanor or felony crime. Early intervention in a criminal defense case by a skilled attorney can benefit you and help protect your rights after an arrest. If you have been arrested and feel as though the evidence against you is overwhelming, only a skilled criminal defense lawyer can determine the strengths and weaknesses of your case and explain your options for presenting a defense and taking legal action.

Hiring an attorney immediately after an arrest could make a substantial difference in your criminal defense case. Only a lawyer can help you avoid a trial, determine crucial aspects of your case, conduct thorough research, gather evidence quickly, protect your constitutional rights during an interrogation or investigation, and draft a proactive defense strategy to fight the allegations made against you.

Can my criminal record ever be sealed?

What are bail bonds?

Bail -- or bail bonds -- simply refers to an amount of money or property that is required by the court to release a person from jail. Bonds are used to guarantee that a person will return for all court dates. If a person fails to return to court on a mandatory date, his or her bail bond will be forfeited and a bench arrest warrant will be issued for his or her arrest. Bail can take the form of cash, property, or bail bond posting from a bail bond company.

What happens if a police officer fails to inform me of the Miranda warnings (constitutional rights)?

Miranda rights are an explanation of your Fifth Amendment right to protect yourself from self-incrimination. If a law enforcement officer fails to inform you of your Miranda warnings, several things can happen. Law enforcement officers are required to advise you of your Miranda rights during an arrest or when placed in custody with the purpose of interrogation. If you have asserted your constitutional rights to remain silent and retain legal counsel, then an officer is required by law to stop questioning you until you have spoken with your Murfreesboro federal criminal defense lawyer.

If you have responded to an officer's questions or have been interrogated when under arrest without being read your Miranda rights, a federal criminal defense lawyer can file a motion to suppress the evidence in court. This means that any evidence gathered against you after an officer's failure to inform you of your Miranda rights could be suppressed in court. This is an important element of a defense case, so consult a lawyer to ensure that your constitutional rights have not been violated.

If I am under investigation, but have not yet been arrested, do I still need a lawyer?

Yes. The sooner that you contact a federal criminal defense attorney, the more your legal representative can help you through the process. You have important rights during an investigation process that must be protected. Failure to be informed of your rights could lead to unfortunate implications of guilt or self-incrimination. How you proceed through an investigation -- and how your legal representative guides you through the process -- can have a major impact on the final outcome of your case.
Who We Are
About Ryan
Latest News
My Testimonies
Contact Me
Legal Services
Family Law
Probate & Estate Planning
Small Claims Court Cases
Criminal Defense Attorney
More Info
F.A.Q.
Terms of Use
Privacy Policy
QUICK CONSULTATION